The future is intuitive web design

Designing for web has changed consistently over the past couple of years. Website technology moves vastly and in times where HTML can now be considered we are going to welcome the birth of intuitive website design

When Apple launched the iPhone with iOS, the biggest marvel was its ability to respond to users touch so fluidly it just seemed perfectly natural. Natural is what we as users like best and respond well to. It makes using technology a joy. Many rivals to Apple spent years trying to match that fluidity to ensure they also made their UI enjoyable too. That time has now come and that future is now.

The biggest benefit Apple had was that bar the power required to make it possible, there were no technical limitations. They had a clean slate to get things working the way they wanted without borders or boundaries. With web design there is huge hurdles to overcome. You are limited to the technology of the user’s browser, so back when Apple were pushing forward, the rest of the industry was left behind.

Apple made a bold and at the time criticised decision to not support flash on iOS. Instead they opted to push the up and coming HTML5. Now in 2013 with tablets all supporting it, it proved to be a fantastic decision.

Years ago, while technology changes at rapid speed, there was less install base so it was far easier to move forward. Today with a majority of the world’s population using technology, it is difficult for people to upgrade and especially in tough economic times. 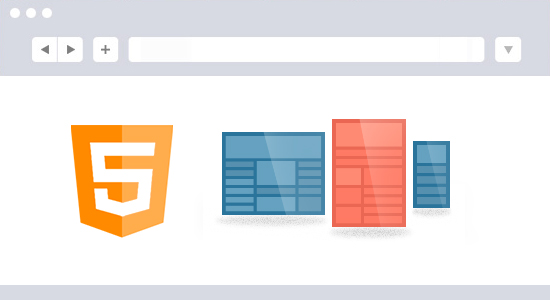 The next 18 months are going to be very exciting. Websites will come with the same fluid and responsive UI that phones and tablets have had for a while. Now we will be the first to admit that we wrote a similar estimation of timescales this time last year. However, things aren't moving as quickly as we all anticipated. We are so close now but there are still some hurdles to overcome.

Let's look at the best uses of HTML5 in web design for the future and how it is going to benefit the user:

We are hard at work on our brand new CMS (Content management System) called Konnex with its advanced HTML 5 features and staging functionality. The system uses HTML5 to achieve the highest usability and ease of use. HTML5 makes our CMS a pleasure to use.

As many know, new web technology does have support issues among older browsers. Thankfully there are always fall-back systems in place. You may not get the quality of fluidity of the new technology but your most important aspect (the customer) is well taken care of.

We will of course be tracking the adoption of HTML5 around the web and report regularly on its progress.