Any web designer will tell you that modern day development is complex and challenging on multiple levels. So why is developing a website far more time consuming in 2016 than it was in 2006?

Website development has become easier in some respects, but quality and features have increased drastically over time. We now have more to consider in 2016 than we did in 2006 including considerations such as high-level design, User Interaction (UI), User Experience (UX), and the development of rich web applications and expandable systems - all the while keeping pagespeed to a minimum.

Design has moved leaps and bounds in 10 years, and as more qualified designers have taken to the Internet, design theory has begun to intricately shape the once garbled and homegrown mess of online content. The internet became obsessed with new styles and trends as soon as they became achievable - sometimes to their detriment.

First it was bevelled edges, then it was shadows - developers were constantly pushing the boundaries of what their computers could do in a show of simple coding one-upmanship.

Yet in recent years there has been a fight back against superfluous flare and excessive, distracting detail. Modern design theory has promoted the idea that actually, content is key and a design must lend itself to promoting the accessibility to this information - not distracting people from it with swishy graphics.

Many assume that this means designers have it easier and can take less time - but rather counterintuitively, this makes much more work for the designer. The emphasis on design isn’t removed at all - it is simply shifted from subjective trends to user-focused consideration, and designers have to pay ever more close attention to content placement, hierarchy and size to give their website the edge in ever increasing competition.

And with the rise of mobile apps and rich media content, designers are also forced to spend ever more time on creating truly engaging, original and memorable online experiences, within the constraints to serving information as quickly and efficiently as possible in an ever more impatient environment.

It may be quicker than ever to get something online, but nowadays a designer could essentially spend hours getting things “just right”, doing small, seemingly inconsequential tweaks. It can be a challenging task especially when fonts are handled to varying degrees depending on device set-up, browser and independent versions of those browsers, but as they always say - the devil is in the detail.

Developing user interaction plays a huge part in web design in 2016. Bland and boring pages are a massive turn off to any user - we now all expect interactive elements such as sliders and slick levels of detail when it comes to using a site.

This means that developers now have to spend time much more time integrating and crafting individual element within a page, personalising dynamic content to fit the aesthetic of each website. It doesn’t take a rocket scientist to work out that this can have a detrimental impact on development timescales, as after all, these elements aren’t going to build themselves.

UX is the “big thing” in modern website building. Now when an event takes place some form of visual feedback is a must. Whether it’s an animated add-to-basket process or other visual aids, they all need to be programmed in.

The tinkering around with what works and what “feels right” is highly time consuming. Everyone loves visual flare, but you have to be precise with the implementation. If an animation is too slow, it can vex a user who has to wait slightly longer to view their content, yet too fast and the animation can be missed, or appear jerky - balance and timing are critical here. Enough mistakes, or incorrect judgements on UX, and you can lose viewers and disrupt your end goals, such as a potential enquiry or a sale.

Despire users now demanding much more from the web, various studies have shown that people’s patience online has almost halved over the last 10 years. That, coupled with the ever increasing use of mobile phones and devices on low-speed mobile plans means that websites need to be heavily optimised to be faster than ever, and this can - ironically - really add on time.

Website speed and response times are important not only for a good web experience but they please search engine algorithms. There are varying techniques to producing fast pages, including the placement of external scripts and compression of images and code.

Any good web designer should be able to structure their core scripts in such a way by standard, thus negating the additional build time. However, certain aspects are difficult to account for when scheduling a project, specifically the ones that vary on a project by project basis. 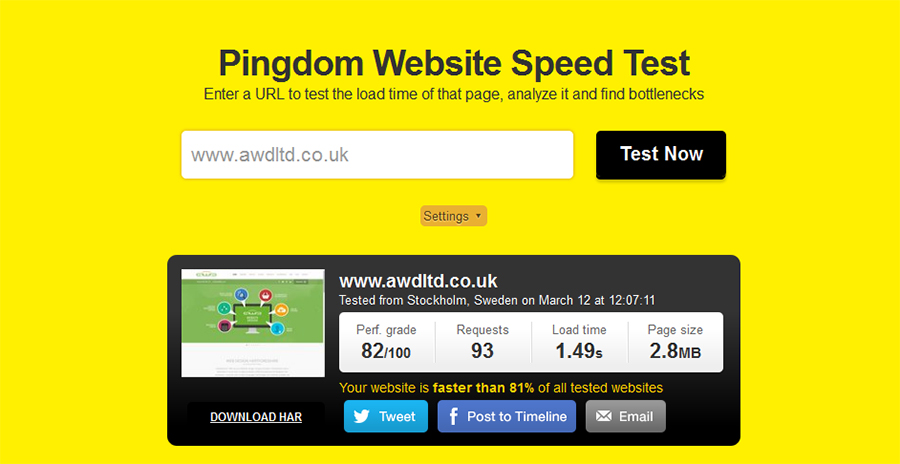 When structuring a CMS build, you now have to account for the additional time in creating suitable images for as many devices as possible. For example, when viewing a website on a mobile device there is no point in loading large, high-resolution photographs the size of a sheet of papers or more when you can load something far smaller which will chew up less mobile bandwidth.

Modern websites must be able to distinguish device sizes and serve dynamic image sizes to both speed up download times and reduce a visitors bandwidth, and this takes time to implement.

Responsive websites (sites that dynamically adjust to the size of the screen) impact on design and development time. Developing in such a way affects multiple areas of the project cycle. The very first draft of a design needs to not only consider the size of position of each element, but the way these sizes could change or adapt to a different screen size, and how the user will interact when these changes take place. 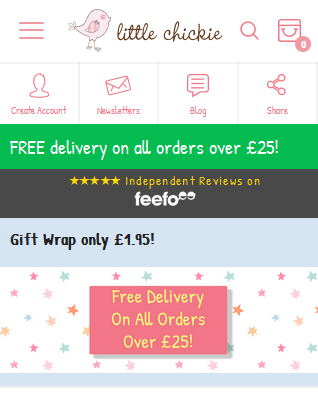 During the final build process, it is virtually impossible to foresee how usability will be affected in regard to responsive layouts, thus requiring additional time towards the end of the cycle to ‘tweak’ layouts, UI and UX to work for everyone.

Responsive websites are great, but from a project cycle point of view they can be a real headache.

AJAX allows for new content to be placed on a page without refreshing. It’s great for visitors as it means they are able to access content much quicker and request snippets of a page rather than entire pages. This also conserves bandwidth and improves performance, but from a developer standpoint there’s more to consider.

Previously a developer would simply need to code two types of code (the back end and the front end). With properly developed AJAX you have to code in the JavaScript call, the PHP, JSON result, JavaScript result handling and finally the HTML update elements. In addition you also need to think about tracking these changes. What use to take say an hour to do, could now take three or more. If your site is AJAX heavy, it doesn’t take a genius to see how the time increases.

With AJAX there are many more stages, and subsequently much more to go wrong. As we all know clients can change their minds, so if you have to make any changes, tweaking times increases too. With such complex dependencies on the elements within a page, they could cause other functionality to break. What may seem like a simple change is now a complex one in reality.

While any good designer or developer should have a high level of quality, there is a constant expectation from users to create something that offers high quality at low prices. Anyone that can offer low prices in modern development will no doubt either use plugins or pre-built content - which reduces the impact of your content, and hemorrhages your website competitively - or will have bespoke content with a level of care heavily diminished, and your site will suffer as a result.

We mentioned earlier that a designer can spend a long time getting things just right. The unfortunate fact is that it does take time to achieve quality.

More than this, it is also easy to forget about and subsequently eschew ‘blind’ areas of development - such as the code behind the scenes that run the server - yet it is paramount to ensure you do consider quality programming. Imagine a scenario where another develop need step into a project, by using good practice techniques they will find it a lot easier to make changes, which in the end is good for the customer.

We strongly feel that quality underneath in the back-end coding manifests itself throughout the life cycle.

The late Steve Jobs often threw notorious tantrums at his staff about issues that many would see as mundane or trivial, such as what screws were used in the internal chassis. Many would argue that these issues do not actually affect customers. But by ignoring these seemingly inconsequential decisions, the effects of our complacency can quickly and easily mount up and change a product from being something that just works and does its job to something really great, and something that leaves a lasting impression.

Steve Jobs understood that fixing the trivial is what stopped a product being trivial itself. For him, it wasn’t a screw - it was a holistic experience. He famously summarised in his quick retort to a critic who claimed that nobody would even see the screws, simply responding, “We’re artists”.

Sometimes the screws matter - and sometimes we need to be artists.

If you factor in just how much additional time is taken up by building for 2016, the project cost could easily double or triple what it use to be in 2006 - without taking into account inflation.

The game has changed and the goalposts are constantly moving.